The Democrats now have what they’ve been working, wishing, dreaming and scheming for ever since Donald Trump upset Hillary Clinton in the November 2016 elections. They began calling for impeachment before President Trump was even inaugurated. They worked to undermine his election, and since that fateful November night, they had been working to undo the will of the people.

I can’t think of anything more undemocratic than trying to subvert and overthrow the will of the people. The democratic leadership had been willing to seriously imperil our hallowed national institutions in order to serve their narrow political purposes in collusion with a shamefully biased and unscrupulous media. They have grievously damaged the FBI and the Justice Department’s reputation for integrity and impartiality. They have seriously lowered the bar for the impeachment of a president. The idea that no Republican will vote for impeachment in the House means that the only bipartisan thing about this whole process is the opposition to it.

As Professor Jonathan Turley of George Washington Law School explained to the House last week, to move ahead without going to the Judicial Branch to bring actual fact witnesses to give testimony is in itself an abuse of power.

President Nixon surrendered the Watergate tapes because a federal judge told him he had to. The Democratic lynch mob hasn’t even asked a judge. Hopefully the U.S. Senate has not fallen prey to the Trump Derangement Syndrome, and they will protect our constitutional government by rejecting this kangaroo court masquerading as the people’s house. 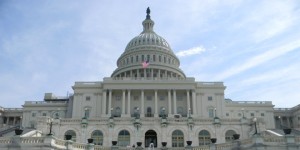 The grievous damage the democratic majority in the house is perpetrating on the American people and their constitutional institutions with this sham and totally partisan impeachment process is one of the things that the founding fathers feared the most. They were deathly afraid of impeachment being used as a partisan bludgeon for political purposes against a president and said so in the Federalist Papers. By the way, isn’t it interesting how the liberal Democrats have all of a sudden discovered a new found awe and respect for our founding fathers: George Washington, Thomas Jefferson, James Madison—all slaveholders? I guess they’re going to wait a while now before demanding that their statues be removed. These Democrats have raised hypocrisy to an art form.

If the Democrats were to succeed in convicting President Trump in the Senate and removing him from office, then they would have subverted our constitutional form of government, and they would have radically altered the office of the president. Instead of the president being the third independent branch of government, the president would be like a glorified prime minister who could be removed from office by an impeachment process that has been transformed into a vote of no confidence.

Make no mistake; if they succeed, virtually every future president will face impeachment. The very nature of our government is at stake. Let’s all pray for God’s providential watch care on America but put feet to your prayers. Call your Senators. Call your Congressman. Let them know exactly how you feel about what the House is doing and that you want them to emphatically put a stop to it.

Dr. Richard Land is president of Southern Evangelical Seminary and a leader in Christian apologetics education. He previously served for 25 years as president of The Ethics & Religious Liberty Commission, the Southern Baptist Convention’s official entity assigned to address social, moral and ethical concerns, with particular attention to their impact on American families.

'I Preach, That’s What I Do,' Says Former Boston Red Sox Player

Biden Urged to Include Persecuted Prisoners in Nuclear Deal: ‘The Iranian Government Must Be Held Accountable’

Jehovah’s Witness in Russia sentenced for her faith